The object drived his motorbike through complexes continuously. In Ton Dat Tien Street, he stopped his motobike near a truck which was parked on the side of the road. Then while pretending to walk for exercise, he observed around.

For a moment, noticed that there was nobody looking after the vehicle, the guy immediately removed the truck’s accumulator battery. Just taking the stolen item away and walking a few meters, the guy was caught red-handed by excercisers who followed him closely and were the disguised security guards.

Phu My Hung security force handed over the object and the exhibits to the Tan Phong ward police. The  guy mentioned his name being Nguyen Quoc V., born in 1975, living in Nha Be County.

Security force recommends that the vehicles of residents and shops should be parked where there were vehicle keepers or in garages to avoid unexpected situations. 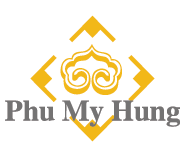